A few weeks ago I received a message from one of my followers recommending this place called Gumtree CAFE Orroroo. He said they have the best home made 🥧’s he’s ever tasted !!! Well as it turned out we were heading to through to Orroroo the very next day. So I quickly made contact with the owner Sandy via Facebook and she immediately came back to me and we teed up the review.
Orroroo SA is a little town situated between Peterborough and Wilmington and about 90 odd km from Port Augusta. In the middle of the Main Street you will find the Gum Tree Cafe.
Sandy has been in the area for 32 years and has had this cafe for 11 of those. Like most small businesses 2020 was a very tough year for the cafe. Due to travel restrictions limited passing tourists, Sandy was forced to temporarily lay off all of her 11 staff and sell 🥧’s and coffees out the front of her businesses to get by. As soon as restrictions lifted and people began moving, Sandy ramped things back up to capacity.
The building itself is just as stunning as the food and this history in this building dates way back. While only relatively tiny inside the section of food on offer is plentiful. It was time to tuck into these monster 🥧 !!!
This weeks 🥧 of choice was a simple one. Sandy was rattling off the list and as soon as I heard the word Stockman I was immediately intrigued. Sandy’s “STOCKMAN” is her breakfast 🥧 and gee it looked good and BIG !!!!
🥧🥧🥧 THE REVIEW 🥧🥧🥧
1. Value for Money – $8 sounds expensive but this thing was massive !!!! And I mean massive. Weighing almost 400 grams this 🥧 weighed like a shot put. They do have smaller ones for $5 but the $8 one was worth every cent and more. 9/10
2. Meat Ratio – Take a look at the photos !!!! This huge beast was almost full. It was filled, with meat, bacon and a full egg. For a 🥧 of this size it was about 90% full and great value . 9/10
3. Meat Flavor – The flavor was great. The meat was tender and the bacon pieces were plentiful. The egg was layered perfectly on top. 8.5/10
4. Pastry – This homemade 🥧 was cooked in a foil tray, so the base was a little soft and unstable. However the weight on this 🥧 was huge so the base was understandably going to be under pressure. The top was exceptional golden and flakey. 7.5/10
5. Temperature – Overall pretty good temp. 9/10
🥧🥧 Overall Rating 43/50🥧🥧
This 🥧 was a beauty !!! I understand some people will baulk at the $8 price tag but this 🥧 was massive. As previously mentioned they sell smaller and cheaper ones, but the $8 version i put to the test was awesome value. As far as breakfast 🥧’s go this one was right up there. Breakfast 🥧’s are not my normal go to but this one I thoroughly enjoyed.
The Gumtree Cafe is terrific and caters for more than just the 🥧 lovers. For us it was a great spot to take in a bite, stretch the legs before pushing on to our next destination.
Sandy you absolute legend thanks for having me in on very short notice and telling me your story. The place was pumping when we got there, but Sandy was more than willing spend time with me and share her story.
Orroroo is a beautiful little town and 100% worth stopping. The Main Street is littered with old historic buildings and numerous shops to visit and spend your hard earned $$$$. I need to give the local butcher a plug too. I stopped in there to buy some rump steak. He cut up a few fresh pieces for me and they were AMAZING !!! 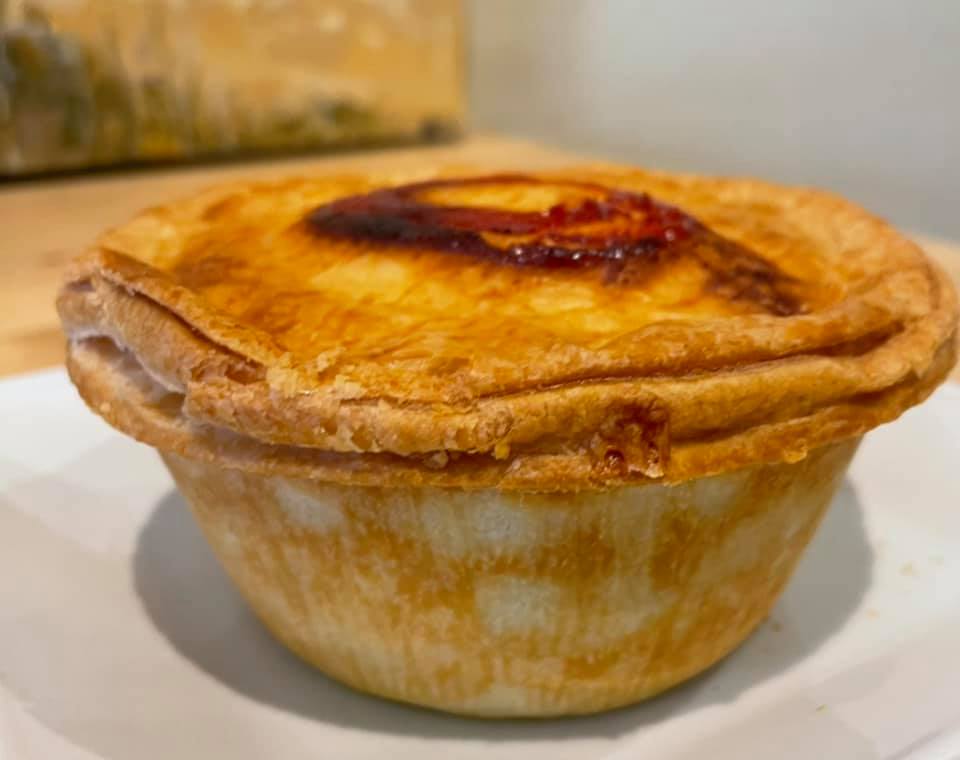 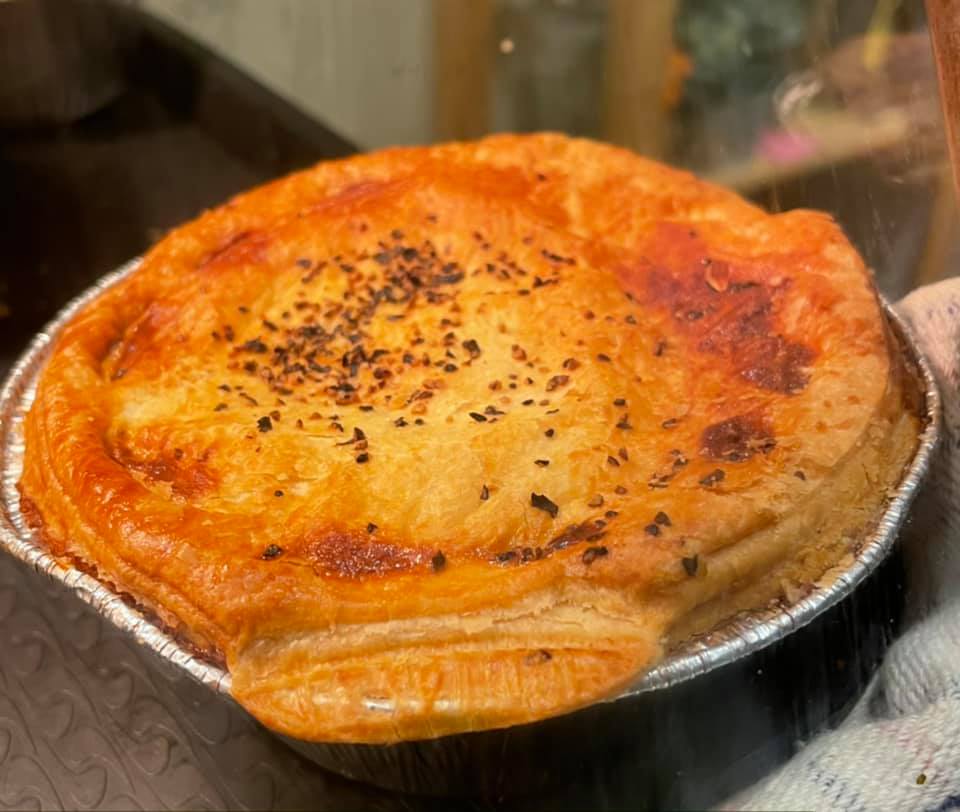 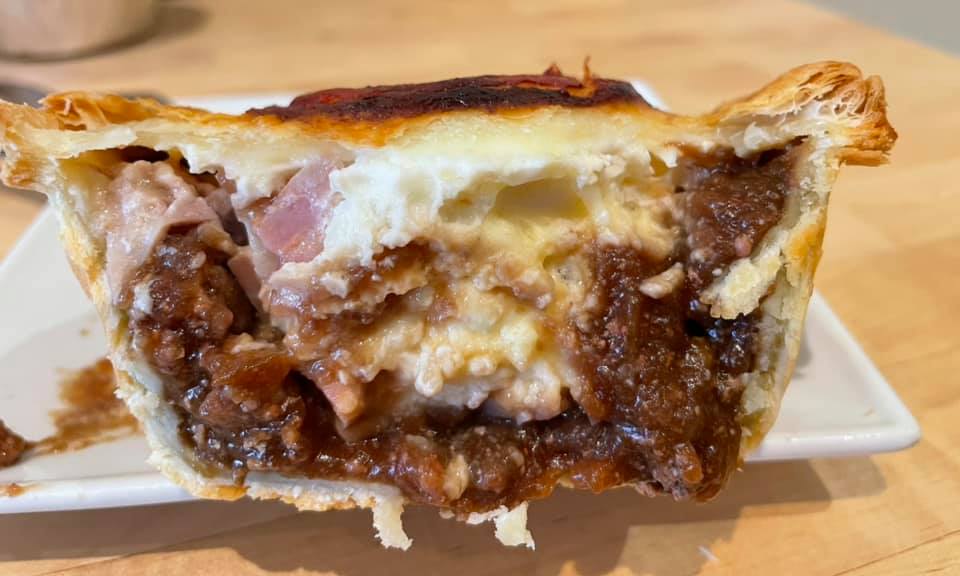 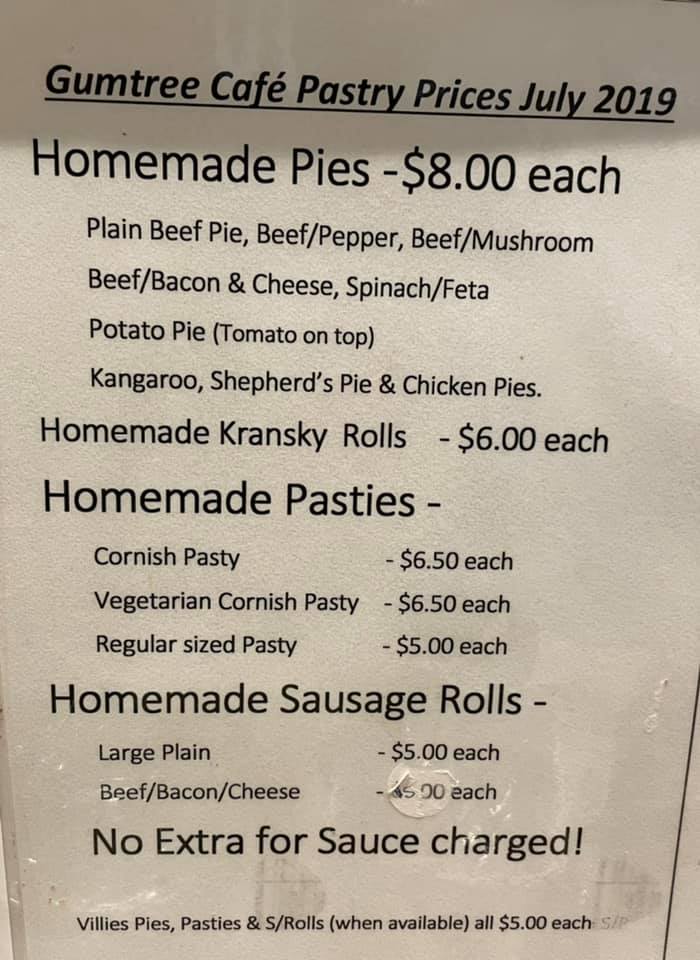 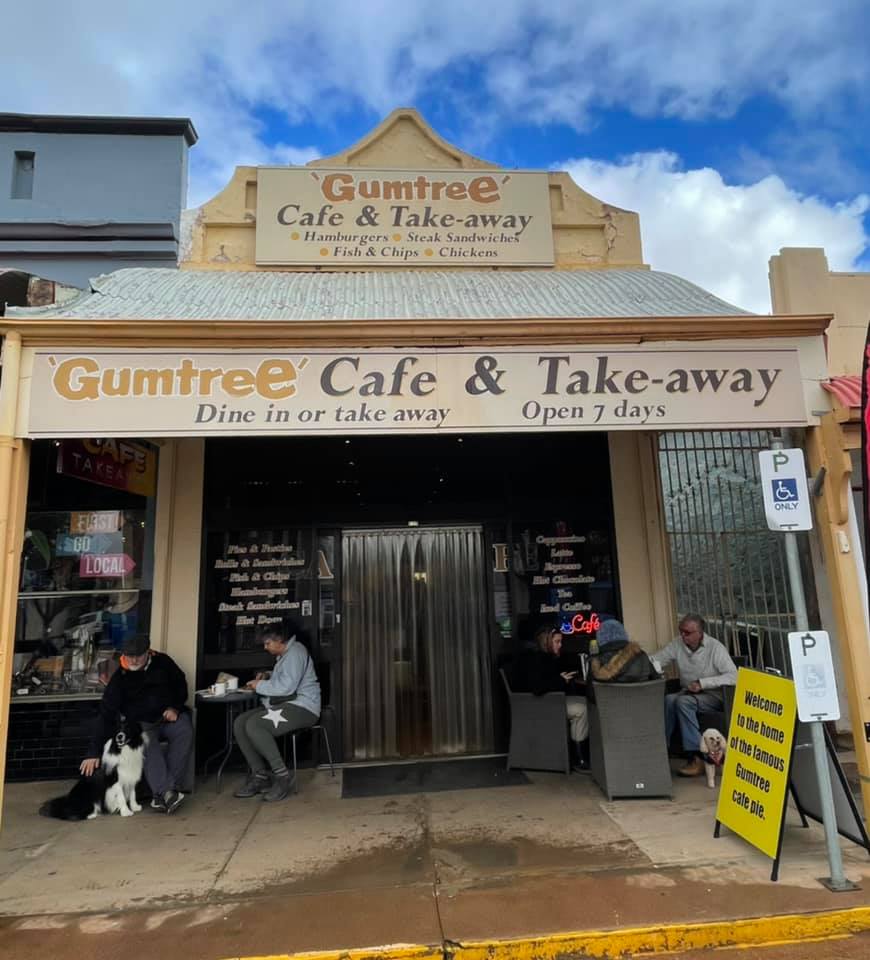 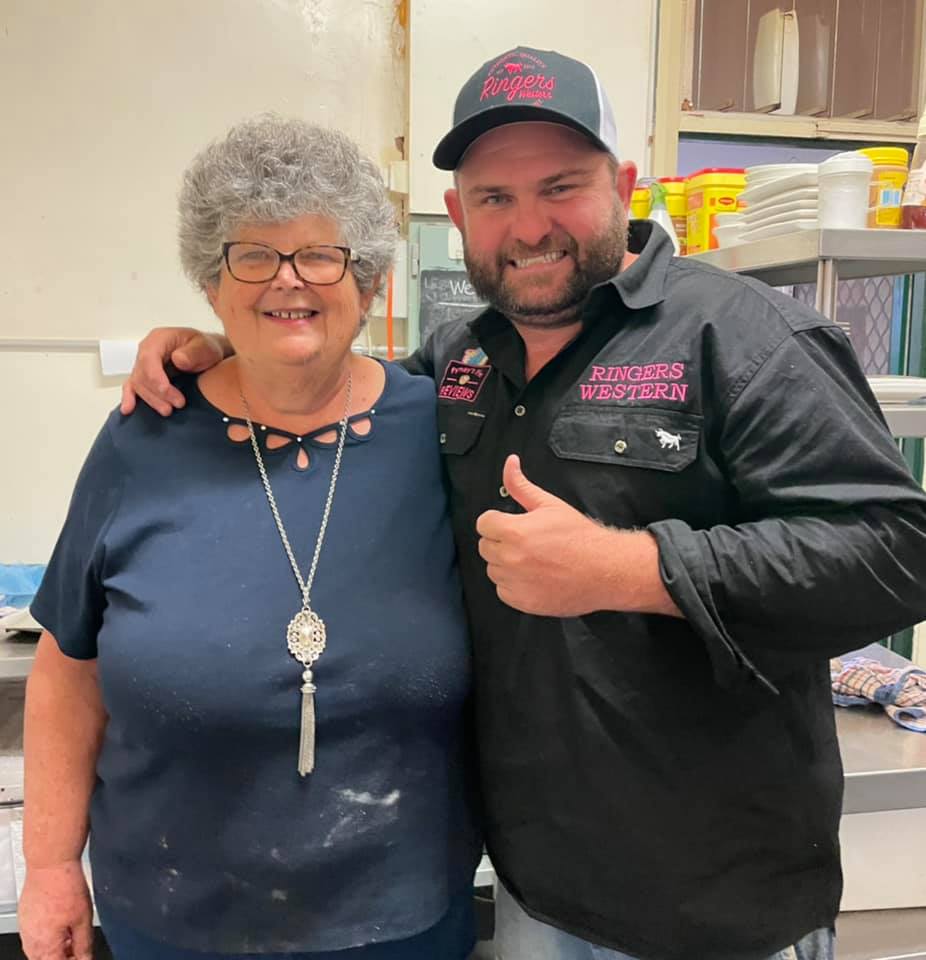 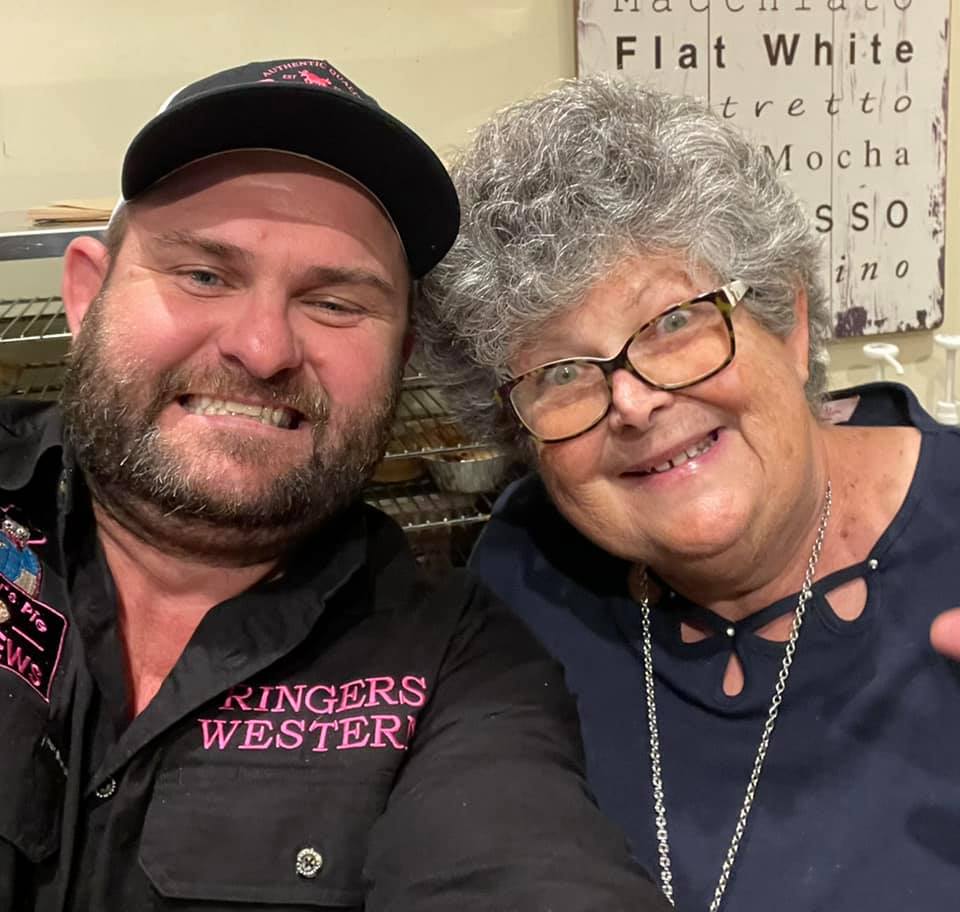