As many of you know I recently spent 4 days helping the boys bake truck loads of 🥧‘s at this years Royal Easter Show in Sydney. Before I made my way out to Homebush I had a prior engagement at one of Sydney’s iconic places, the legendary Harry’s Cafe de Wheels

Harry “Tiger” Edwards opened the original caravan cafe, named simply Harry’s, near the gates of the Woolloomooloo Naval Yard in 1938. Harry served his country during WW2, during which time the cafe was not operational. The cart re-opened upon his return from the war in 1945.

The name “Cafe de Wheels” came about because of the requirement from the city council that mobile food caravans had to move a minimum of 12 inches (30 cm) each day. The cart has been moved to various locations on Cowper Wharf Road, mostly due to re-development work in the Woolloomooloo Bay area. Local legend tells that the name was temporarily changed to Cafe de Axle at one point when the wheels were stolen !!! Classic !!!!

Harry’s pies are not baked on site any more, they are now supplied by Hannah’s Pies, its factory is situated in the inner city suburb of Ultimo. After smashing a classic HOT DOG as an entree, it was time to get stuck into the main course.
As the old saying goes “When in Rome do as the Romans do” so with that in mind there was no was i was visiting Harry’s without having on of their famous “Tiger 🥧’s” The Tiger is any flavored 🥧 of choice, topped with potato, peas and gravy. Without hesitation I went with the chunky pepper and caramelized onion base.

1. Value for Money – $6.90 for the pepper 🥧 and $9.90 for the “Tiger Topper”. Yes the price is slightly up there, however I was in the suburb of Woolloomooloo and in one of the most expensive cities in the world. You could have easily said this serving was a meal in itself. The 🥧 was a standard size and the potato and peas were also a satisfactory sized portion. I have had other topper style 🥧 ‘s in the past and they have all been around this price tag. 8.5/10
2. Meat Ratio – Pretty full, the middle has sunk a fraction and this part could have been filled a little more. As the photos show, this pie was very good value for money and you would have been pretty happy with this. 8.5/10
3. Meat Flavour – Pretty good. The pepper flavor could have been a tad hotter, but I do like my pepper 🥧‘s quite hot. I’m saying that it had a beautiful pepper flavor The meat was incredibly tender and chunks were a great size. The caramelized onion was a great touch and wasn’t overdone. Lastly the potato and peas were very fresh and the gravy was a dark rich color that tasted beautiful. 8.5/10
4. Pastry – This part of the 🥧 surprised me. The bottom bake was absolutely perfect as was the color and stability 👍👍 The top bake was a tad to thick and ever so slightly under baked. Overall the favor and texture of this pasty was excellent. 9.5/10
5. Serving Temperature – Overall very good, could have been a fraction hotter but pretty good. 9.5/10

My first Tiger experience was a huge success. The 🥧 and the topper was beautiful. The pasty surprised me the most, the bottom crust was perfect and the pasty flavor was also on song. The meat was also super tender and cooked to perfection. The price point was up there but as previously mentioned you are in Woolloomooloo and in the heart of Sydney, so you have to take that into consideration. Weather is 9am or 2am, I would certainly have another 🥧 at Harry’s. Yes it’s not your classic bakery style 🥧, but it 100% hit the spot. Many of you might think the 🥧’s here have changed over the years, but I can only report what I experienced and my first experience was really good.

I need to send a big shout out to Simon Kirchner for teeing up and organizing this review. Harry Cafe de Wheels has been around for for 80 odd years and let’s hope it’s around for another 80. It’s a Sydney institution and everybody needs to visit this place at least once in their lifetime. So if your in Sydney get down to the 🥧 cart and try a “TIGER”
Every celebrity and there dog has been and smashed 🥧’s here, including the king of the “Dirty Bird” himself the great Colonel Sanders. The great man didn’t smash one 🥧, legend has it he smashed three !!! What a champion. I could only imagine the volume of 🥧’s this joint has dished up during the past 80 years and the amazing stories behind these 🥧‘s.

The Royal Easter Show was EPIC. This year was restriction free and the 200th anniversary. If you haven’t been it’s well worth the experience. Yes the crowds are huge, but the area is so spread out and the show offers offers so much and for all ages too. Thanks to Tony Smith and the team from the Petey Pie Bakery for having me. 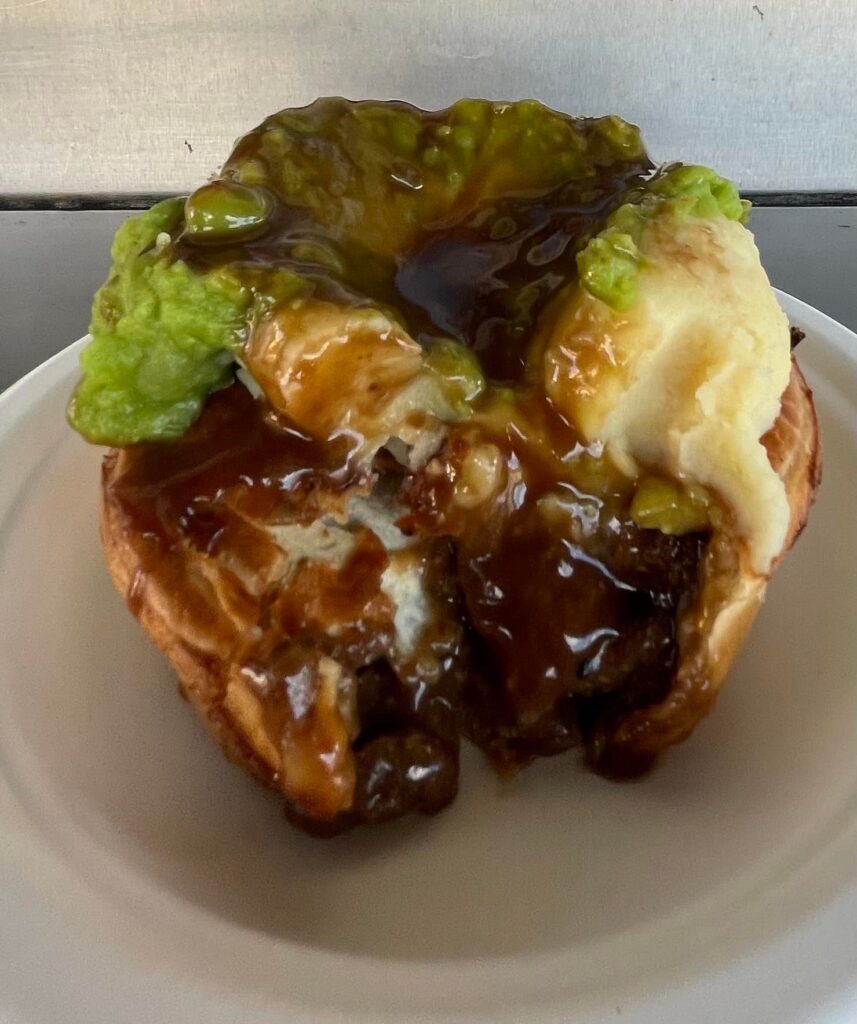 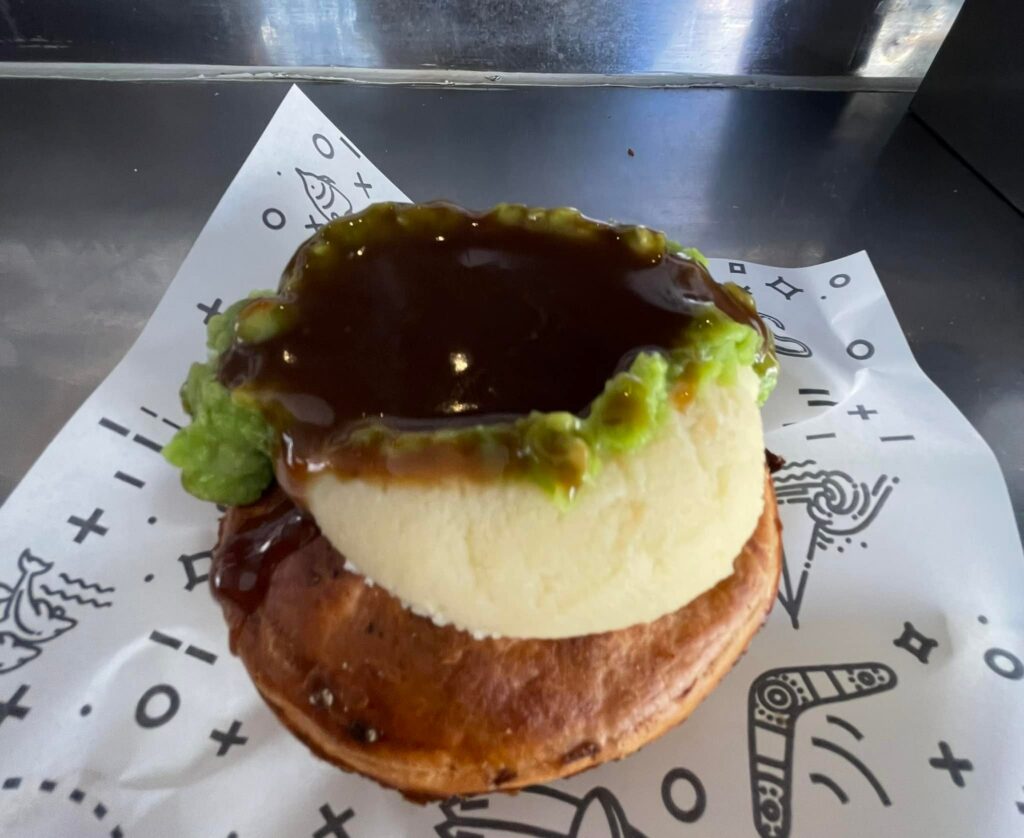 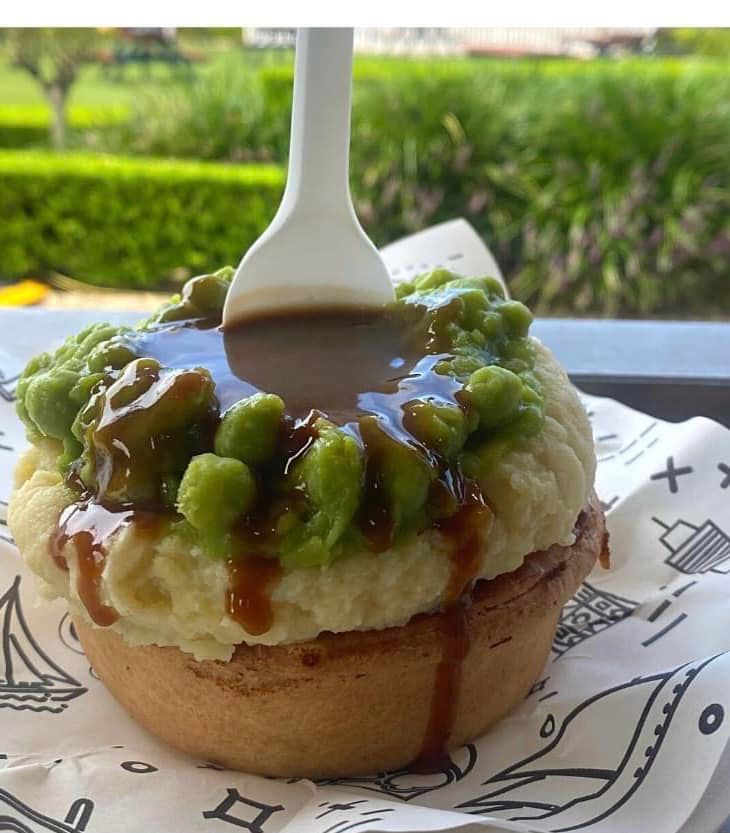 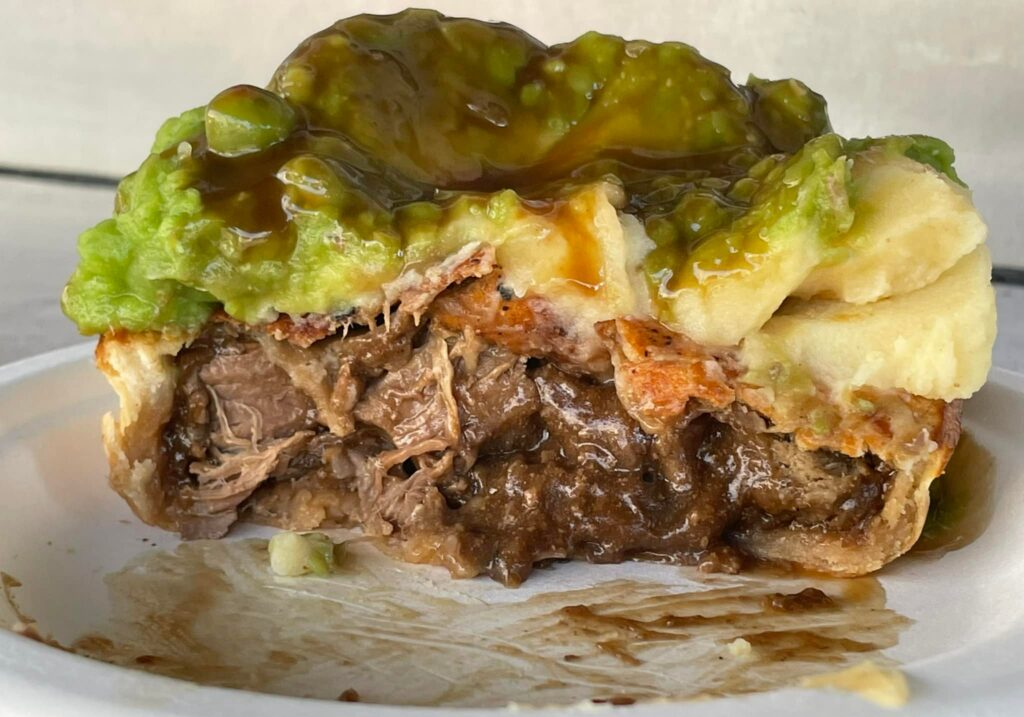 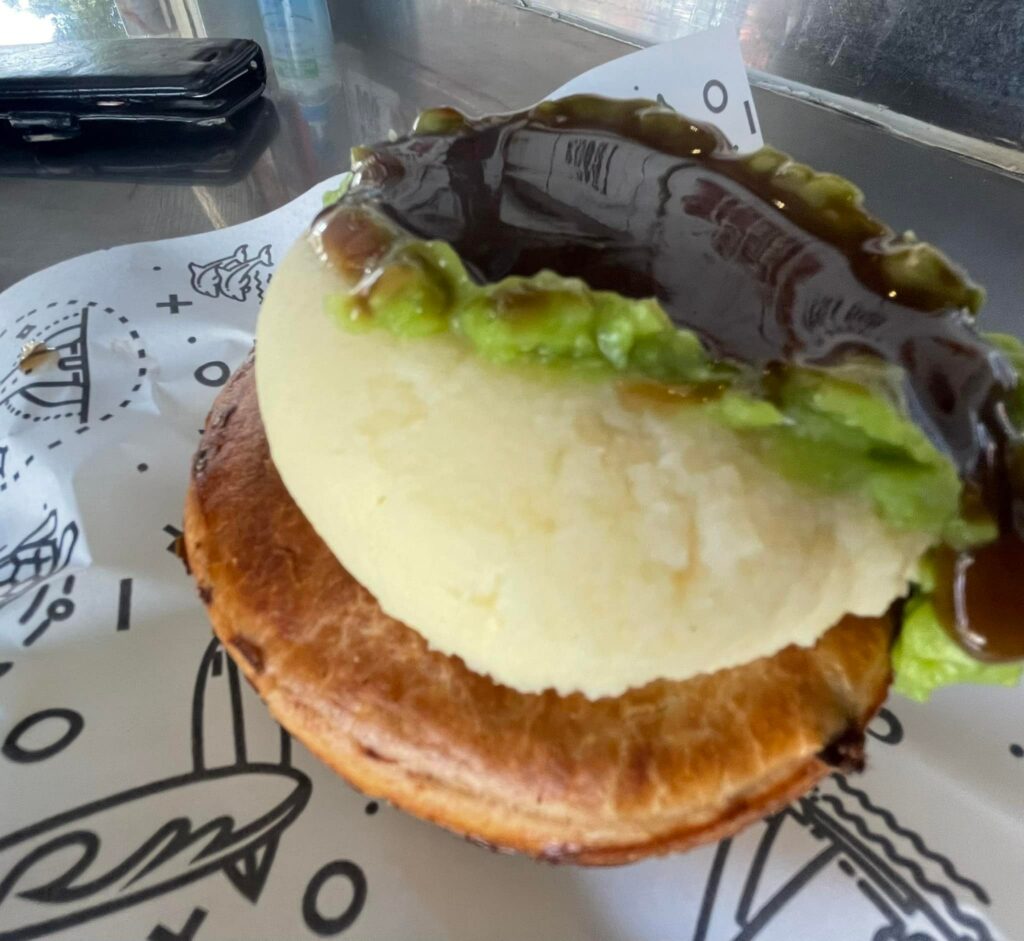 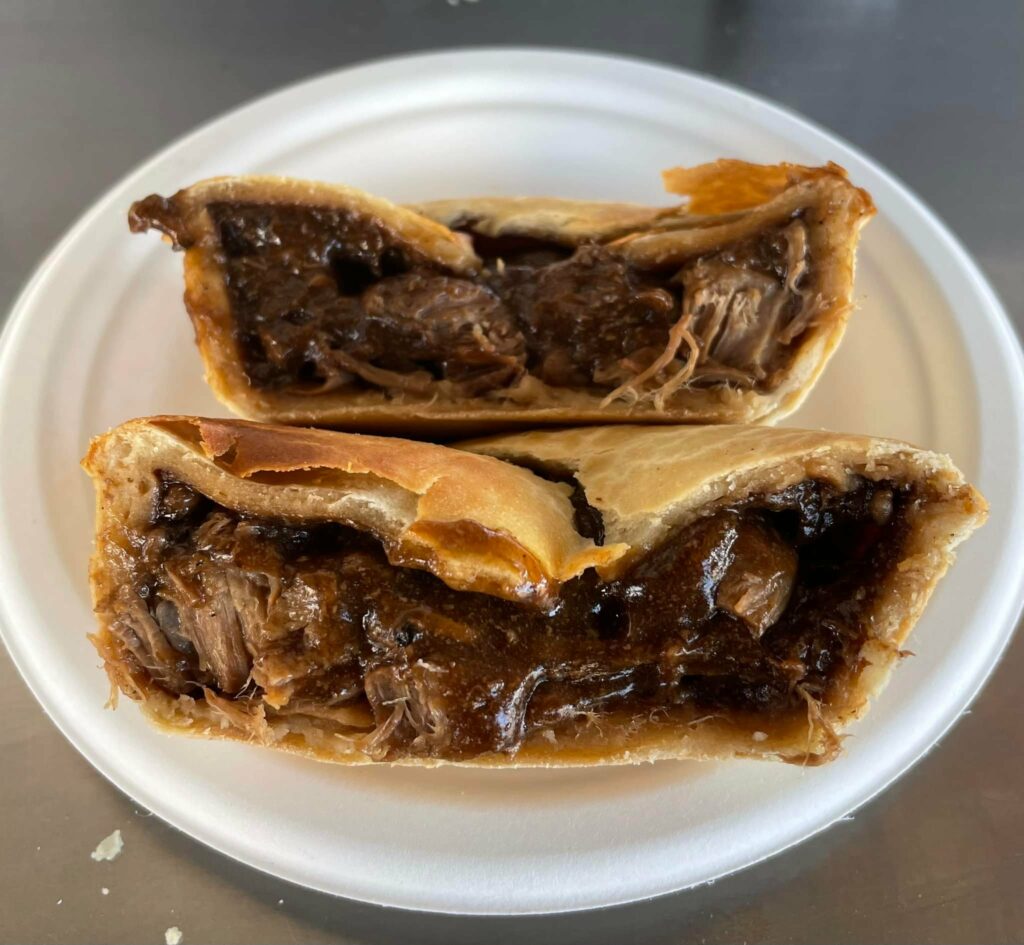 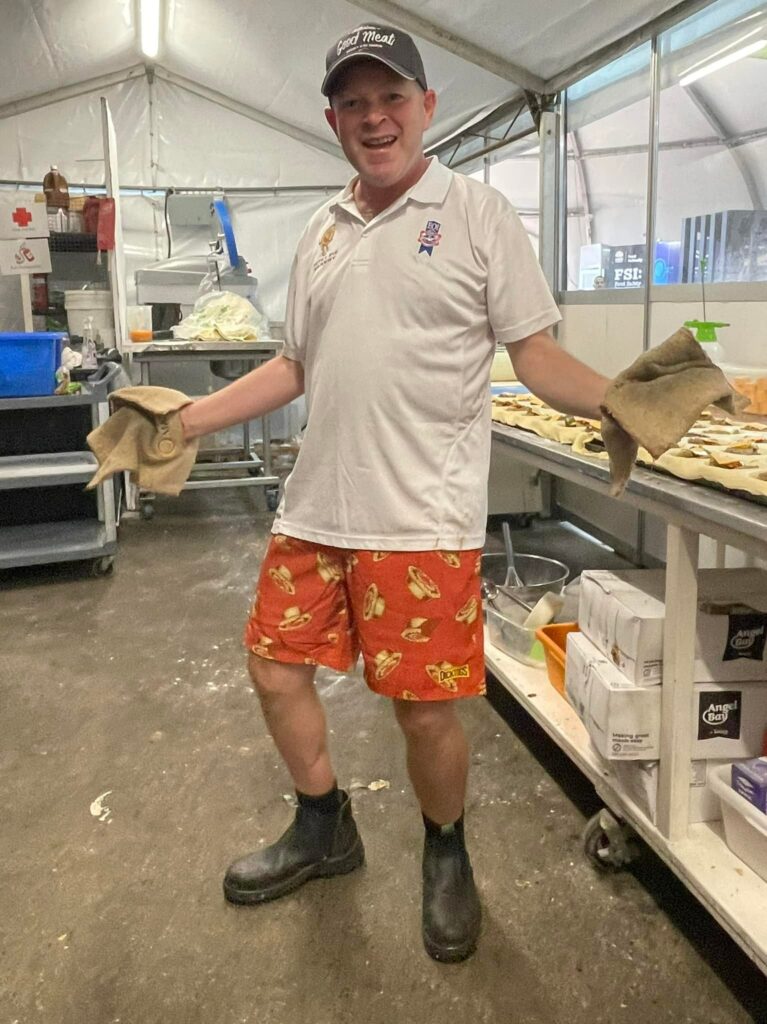 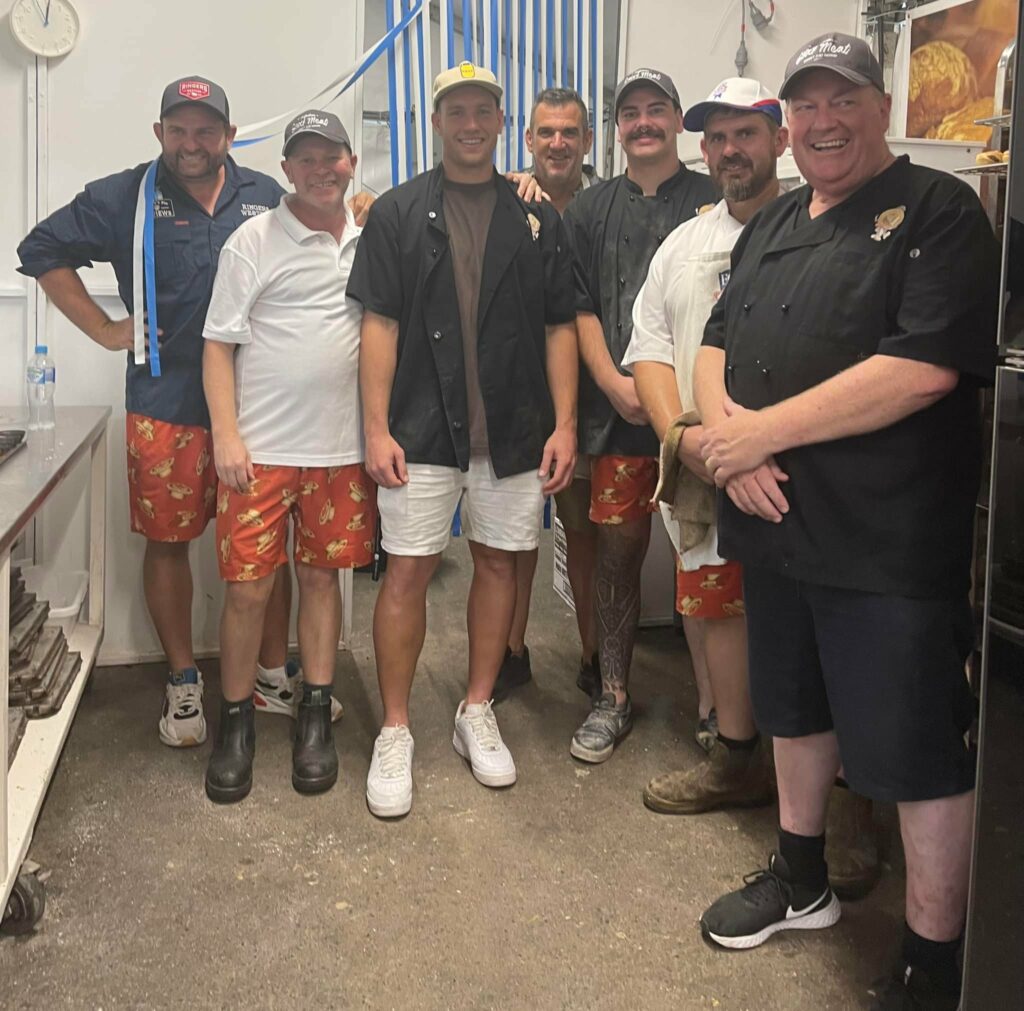 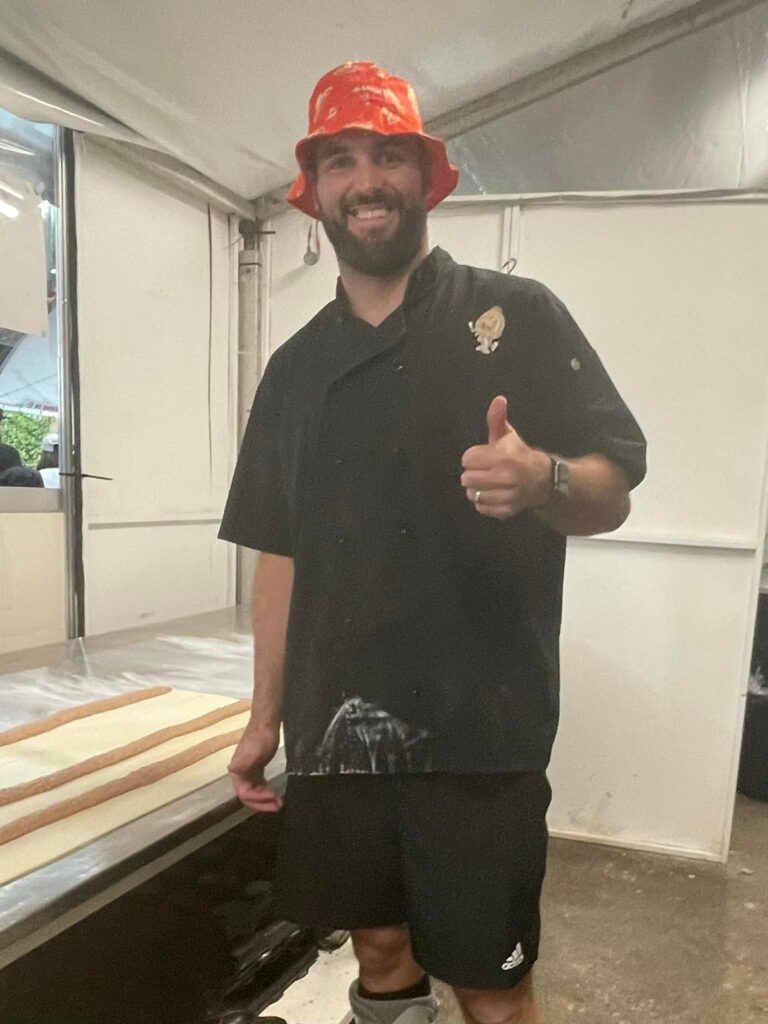 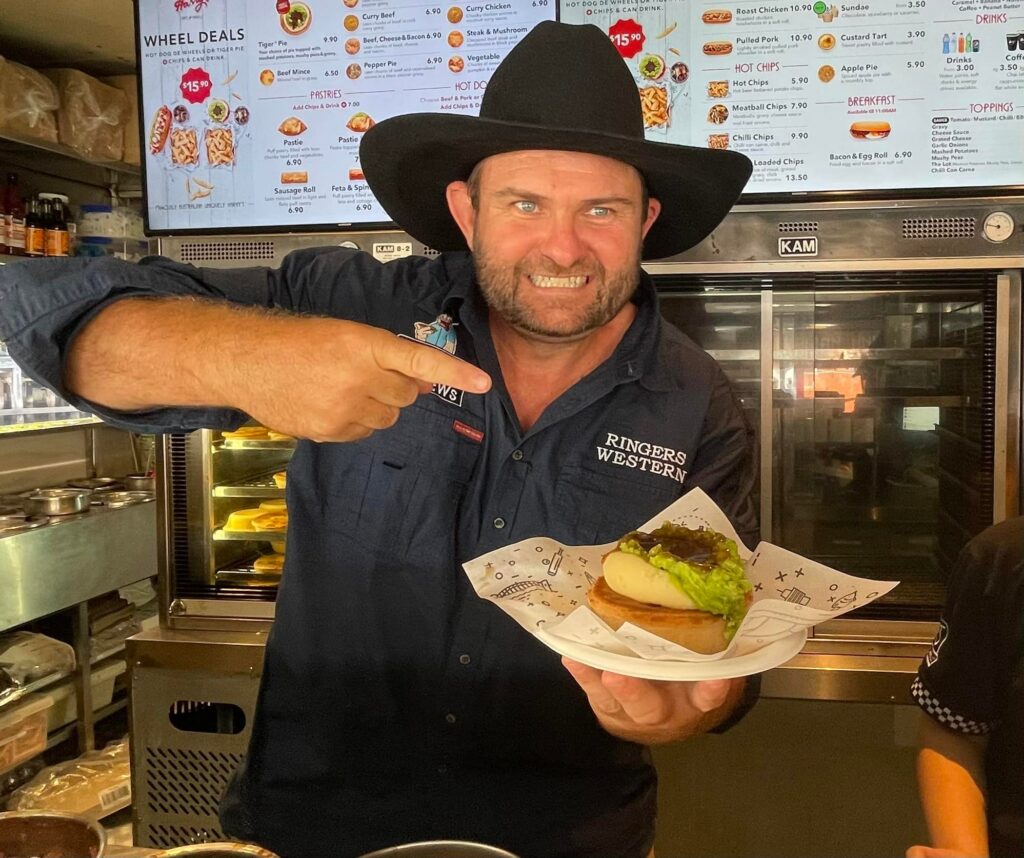 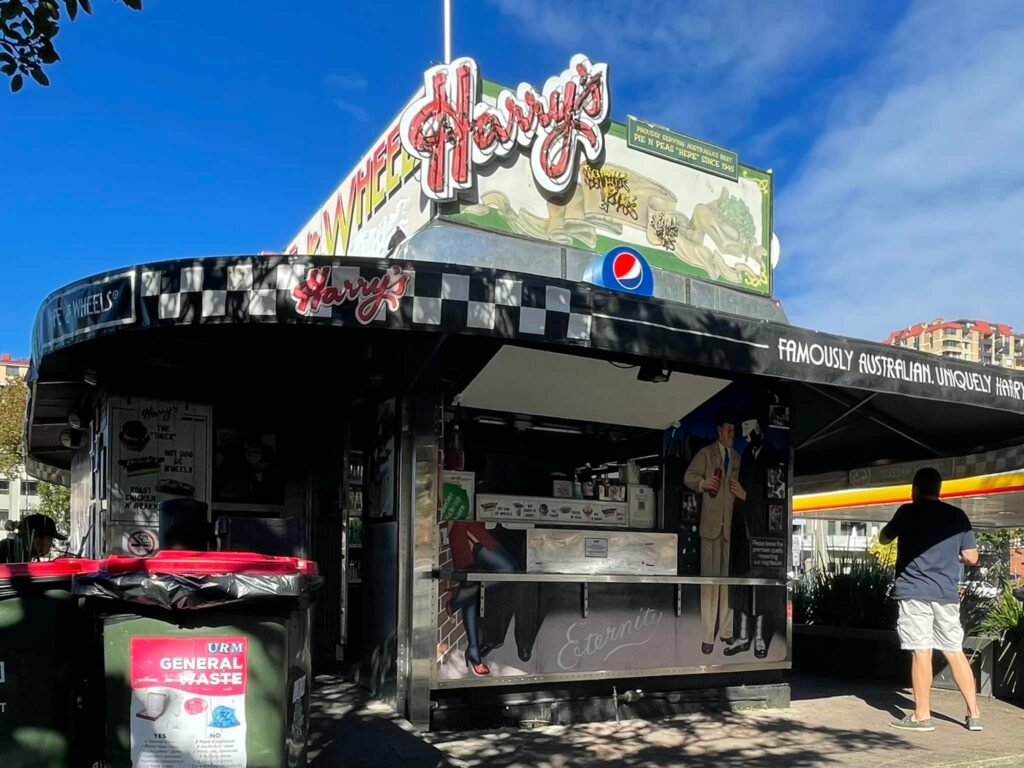 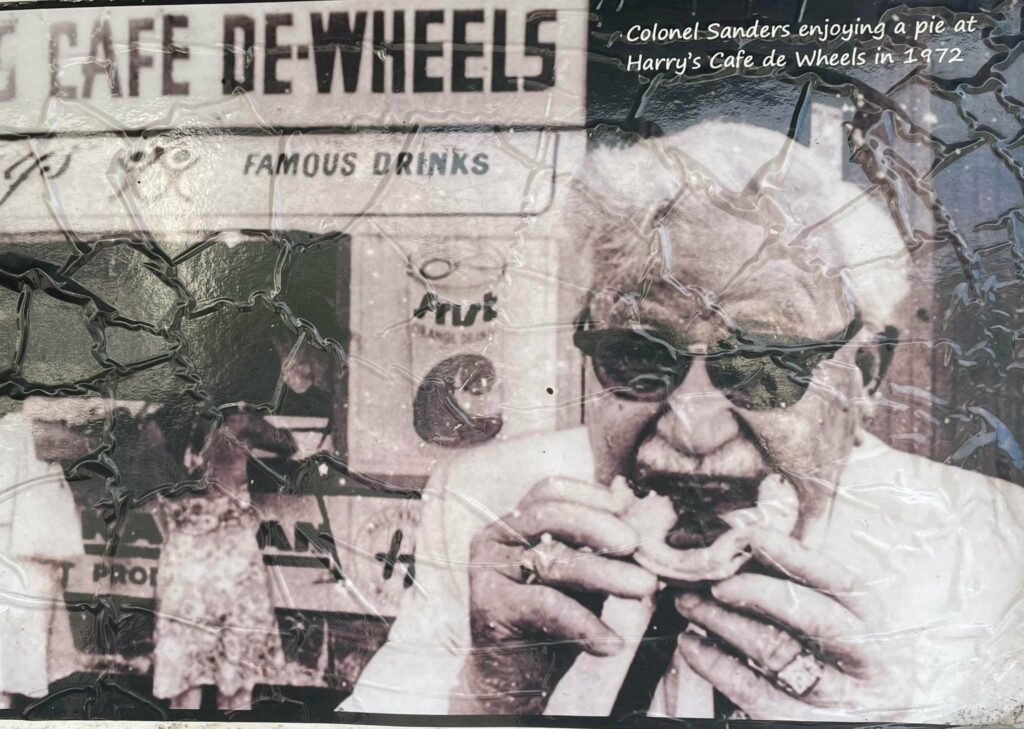 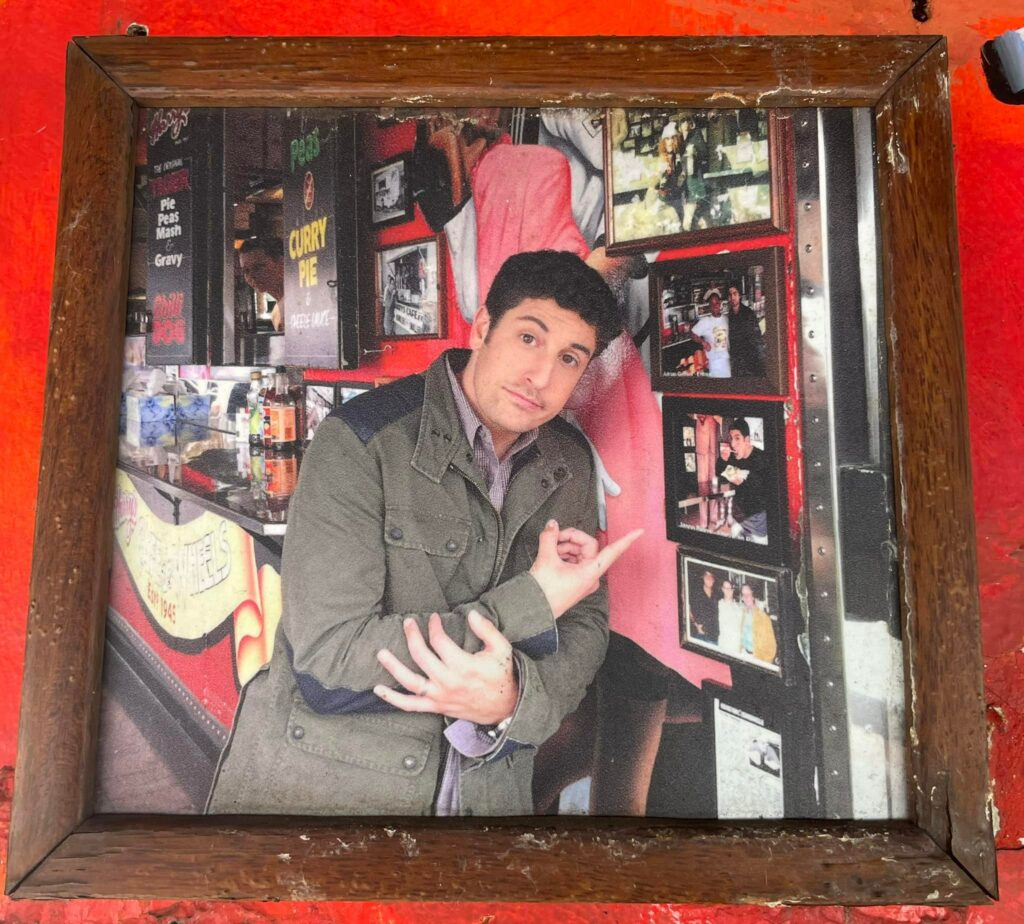 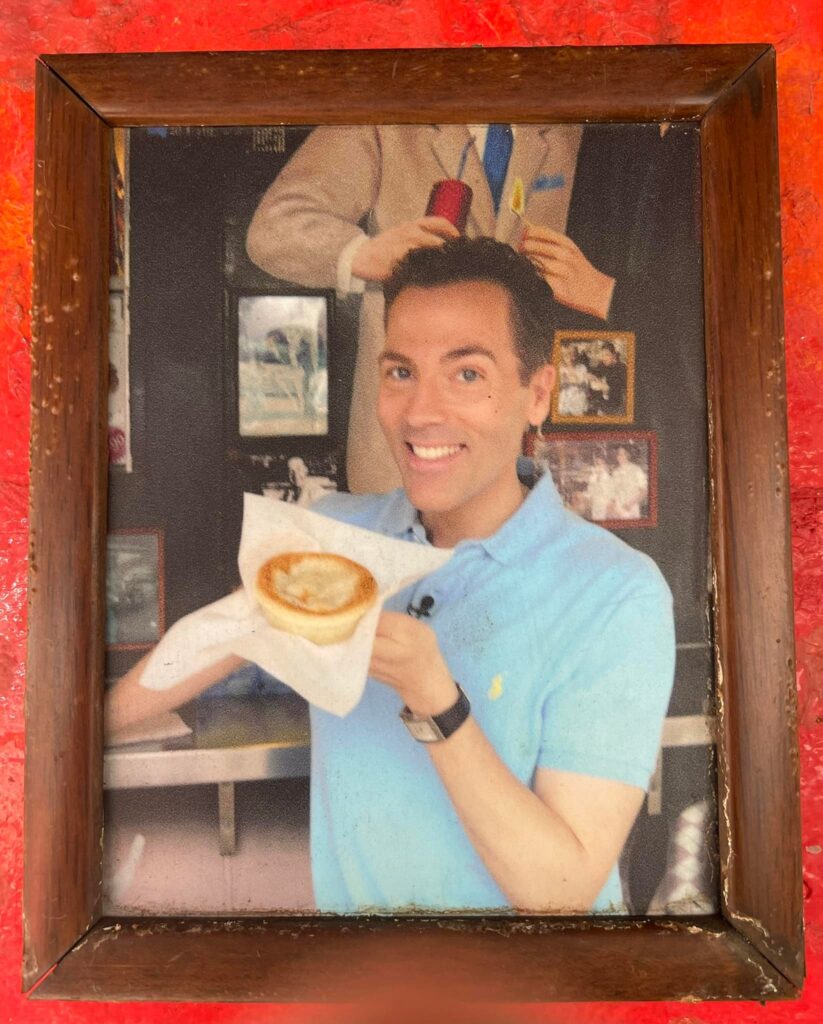 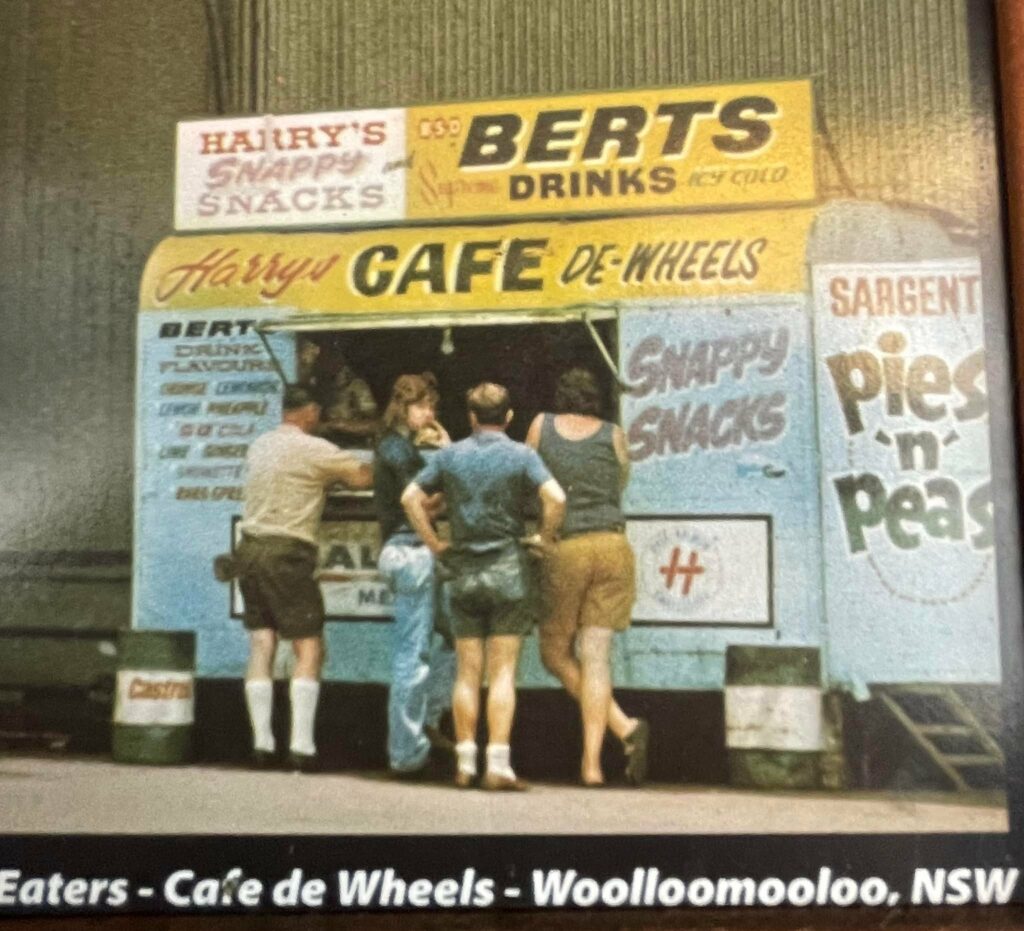 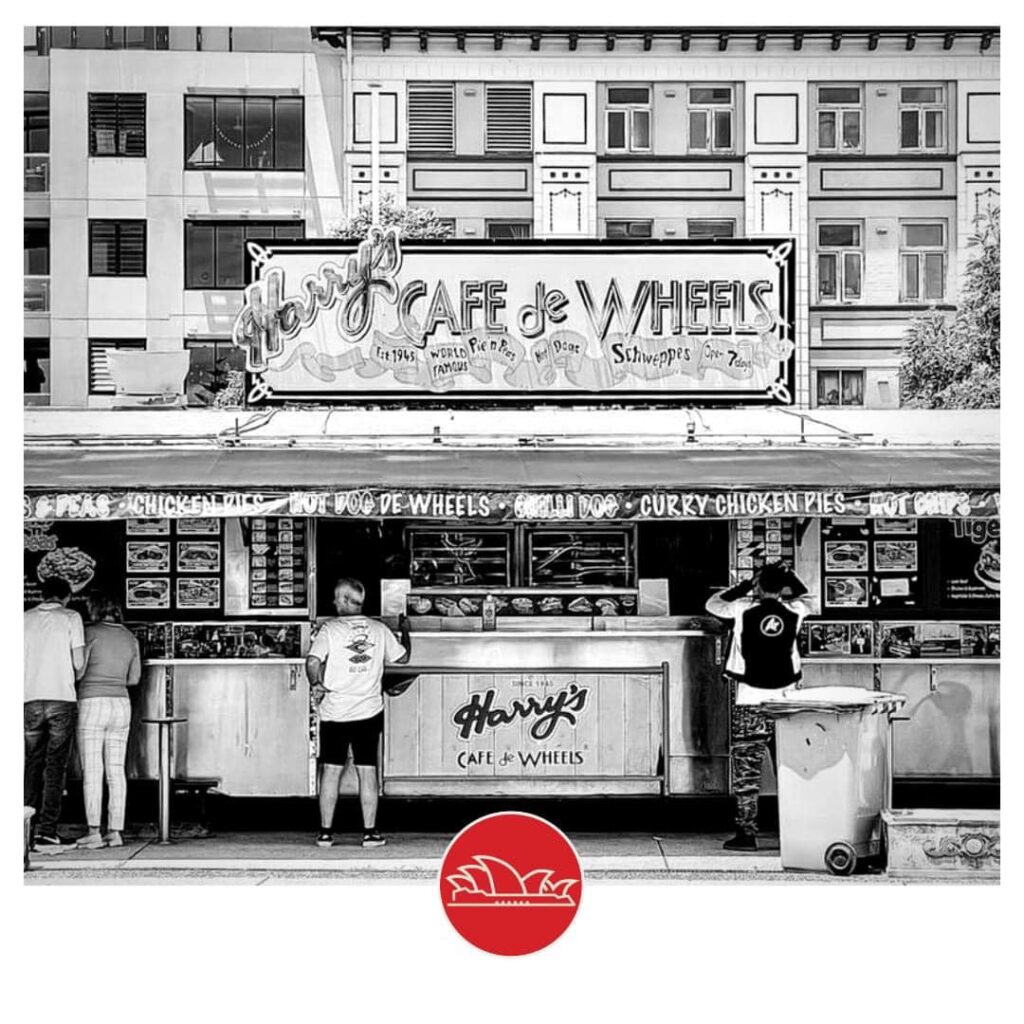 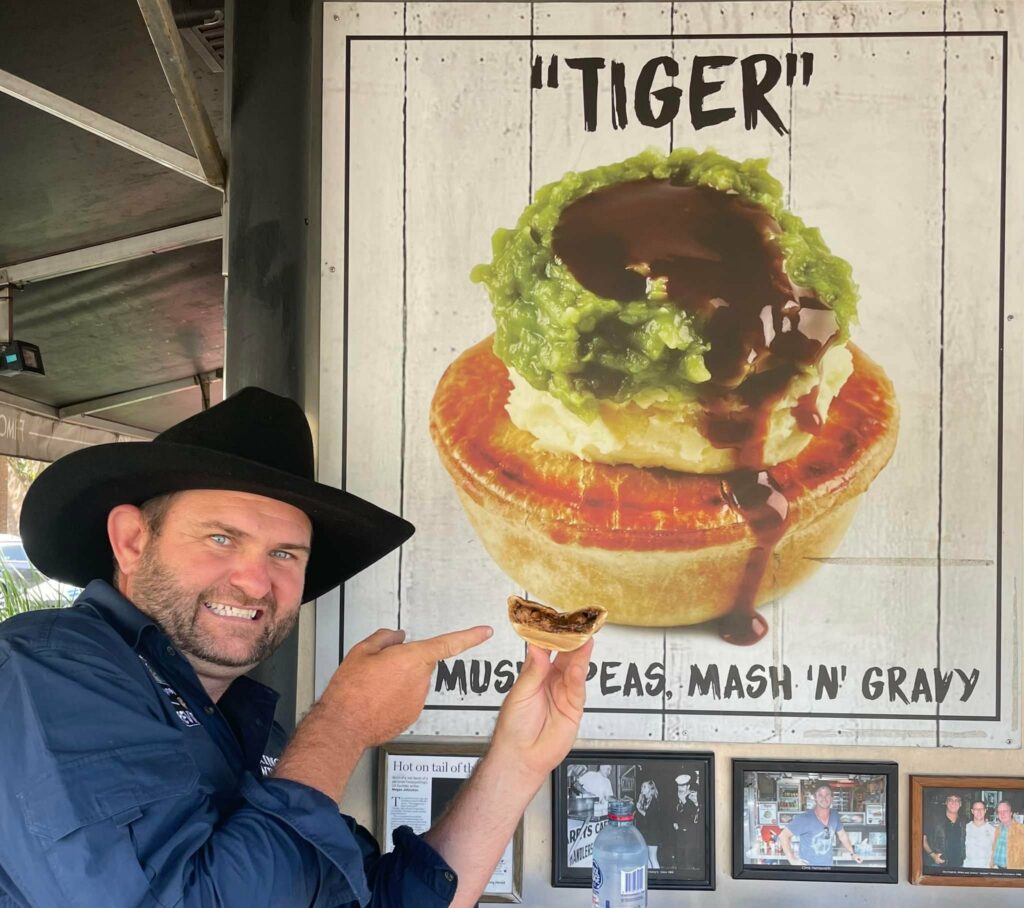